Custom CNC & Machine: “Doosan and TechMach are No. 1” 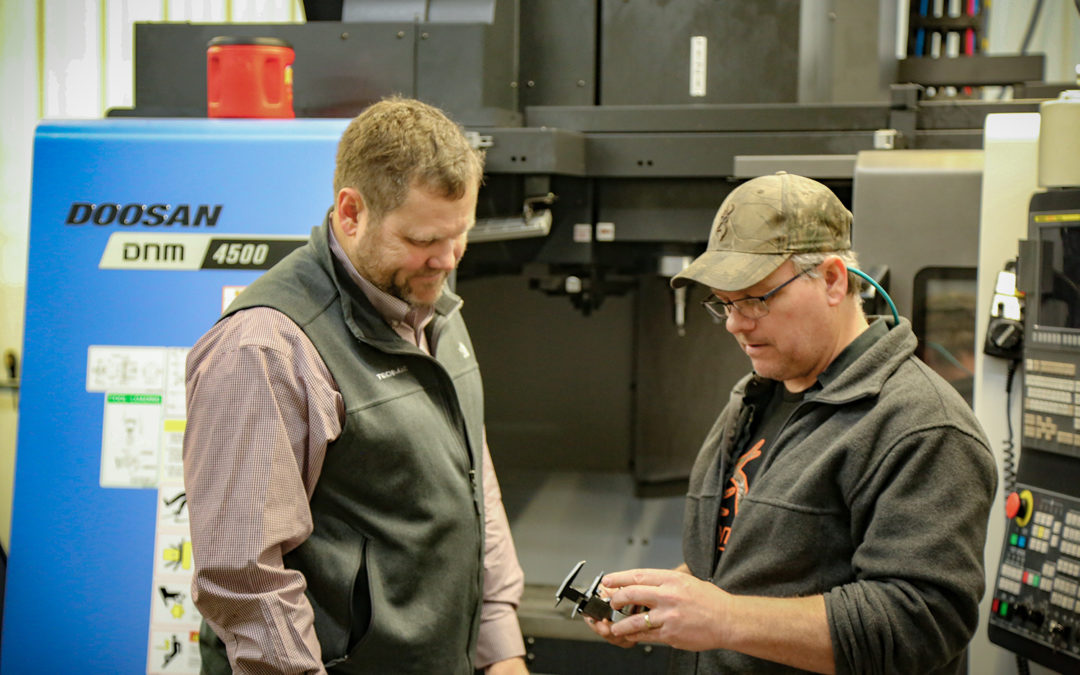 Sometimes it’s sad to see old friends go, but other times you’re more than happy to see them out the door. That’s what it came down to for John Clouse, Owner of Custom CNC & Machine in Batesville, Arkansas. John was always a fan of Haas, with 25 of their machines on the shop floor. But lately he says, “I just got tired of their service van being a permanent fixture in my parking lot.”

John’s father opened the family-run shop for business in 1966. Today, they run a shift and a half with a steady supply of work coming through the door. John says the company is just the right size to give personal attention to each of their customers.

After constantly running into quality and support issues with their current supplier, John decided to call TechMach – Doosan’s local distributor – to talk over his options. After discussing things with Greg Batie, TechMach’s Sales Engineer, watching a lot of Doosan YouTube videos and talking to a number of local owners, he installed two DNM4500s in the shop last year. John’s reaction after the machines were up and running? “I’ve been around machines since I was six years old, and you get a sense for a new machine when it takes the first pass,” he said. “From the instant we made chips with the DNMs, we got a real confident feeling.”

Why is Doosan Better?

According to John, “When you look at the machine weight, it’s within a few hundred pounds of being twice the weight of our original machines. That delivers a rigid base to machine from.” He also likes the fact that the DNMs are more compact than other vertical machining centers.

John knew all about the BIG Plus spindle that come standard with the DNM and all Doosan machining centers. It wasn’t the main reason they bought the machines, but it was a nice bonus. “With standard toolholders, we got 30 to 40 parts previously,” John commented. “We now get 140 parts with BIG Plus tooling. The savings in insert costs can just about make our machine payment every month.” 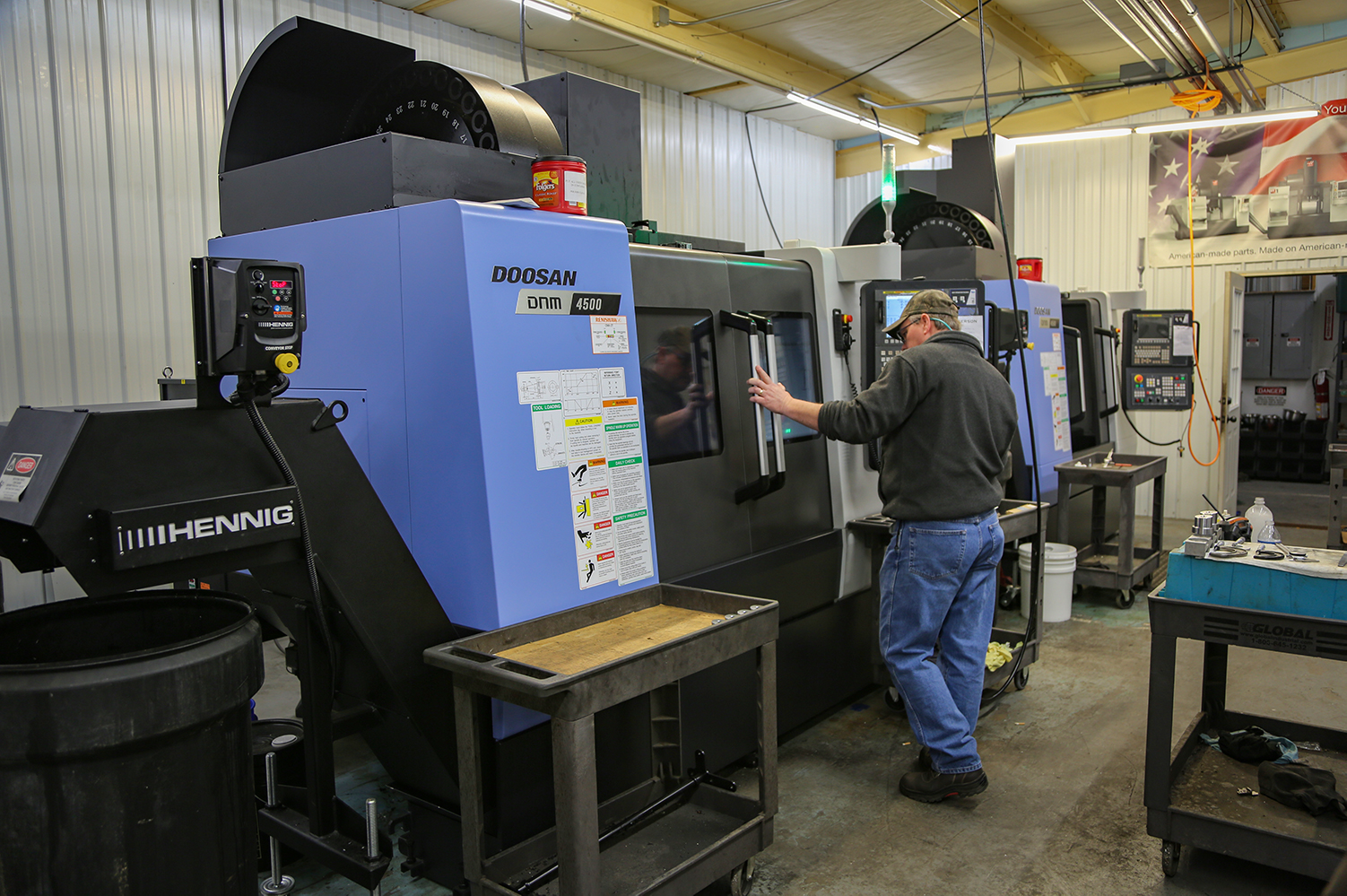 John says the initial installation went great. “Greg (TechMach Sales Engineer) didn’t hurry through the process. He wanted to see the machines making parts before he was satisfied with the job. He hung around pointing out all the differences from our old machines and giving us tips.”

Doosan is Number One

For their part, John and his team aggressively tested the DNMs. They wanted to make sure that they understood what they had. After six short weeks, they were confident that they made the right decision; John sent a text to Greg. It said, “At this point, I’m a Doosan Guy (thumbs up emoji).”

“Doosan had always been our second choice. They should have been first,” John admitted. “We’re looking for these machines to give us great service for ten to fifteen years.”

If you haven’t made Doosan Number One in your shop, contact TechMach today.