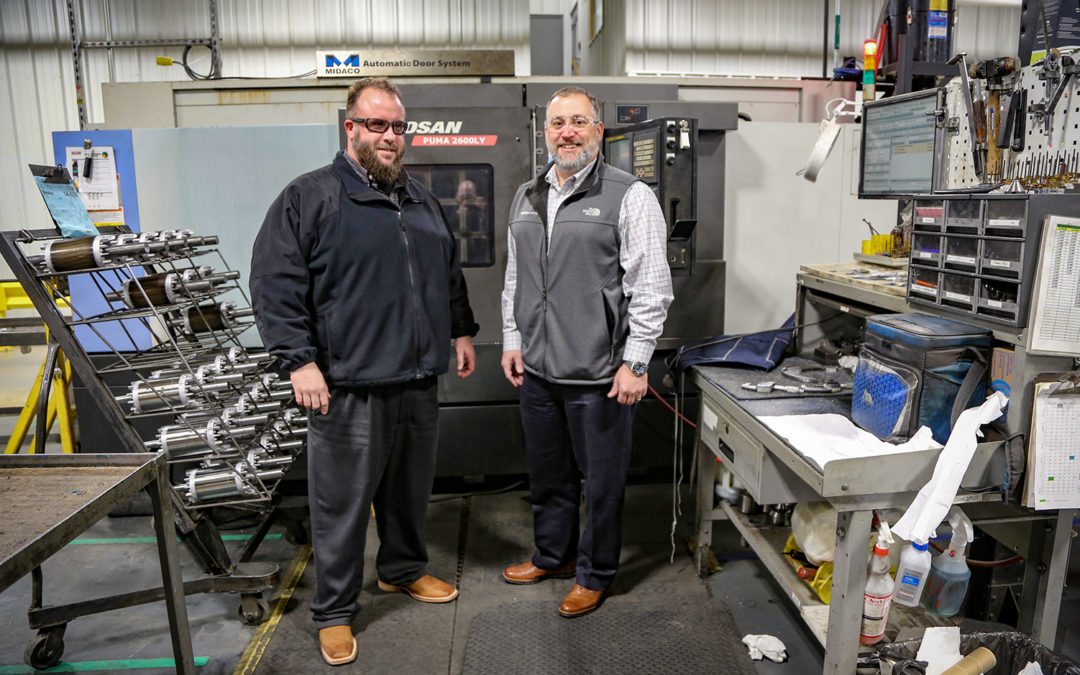 ABB Motors and Mechanical is a designer and manufacturer of industrial electric motors, generators, and mechanical power transmission products. They are a major Doosan shop, with over 160 machines installed, including about 110 in Arkansas. Their Fort Smith, Arkansas plant makes 30,000 motors per week in lot sizes from 1 to 15. Between all the motor shafts, end plates, stator frames and conduit boxes, that’s a lot of chips.

While Doosan wasn’t on the company’s radar initially, TechMach, Doosan’s Arkansas-based distributor, has consistently proven their value in a wide range of applications. 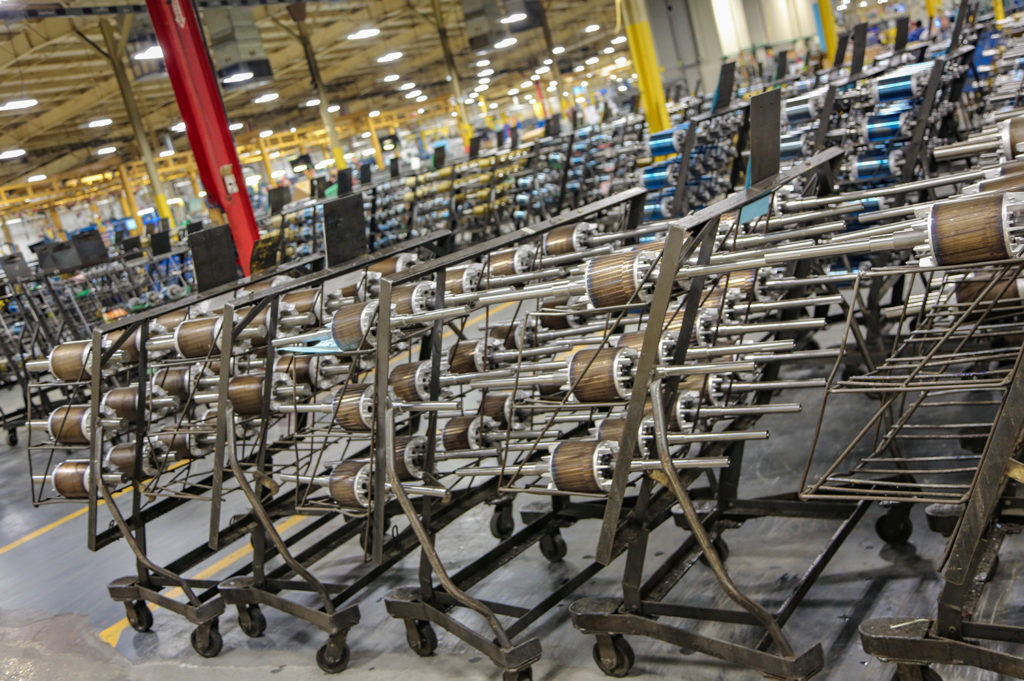 A PUMA Leads the Way

Historically, the manufacturer used mainly Japanese-made machines. A capability analysis showed Doosan machines were clearly competitive in cutting performance, and the cost benefit analysis wasn’t even close. Doosan nailed it. It wasn’t long before a PUMA 8HC turning center was on its way to an ABB plant. A PUMA 230 turning center with a gantry loader soon followed. These two machines quickly proved their value and opened the door to other opportunities for Doosan and TechMach. 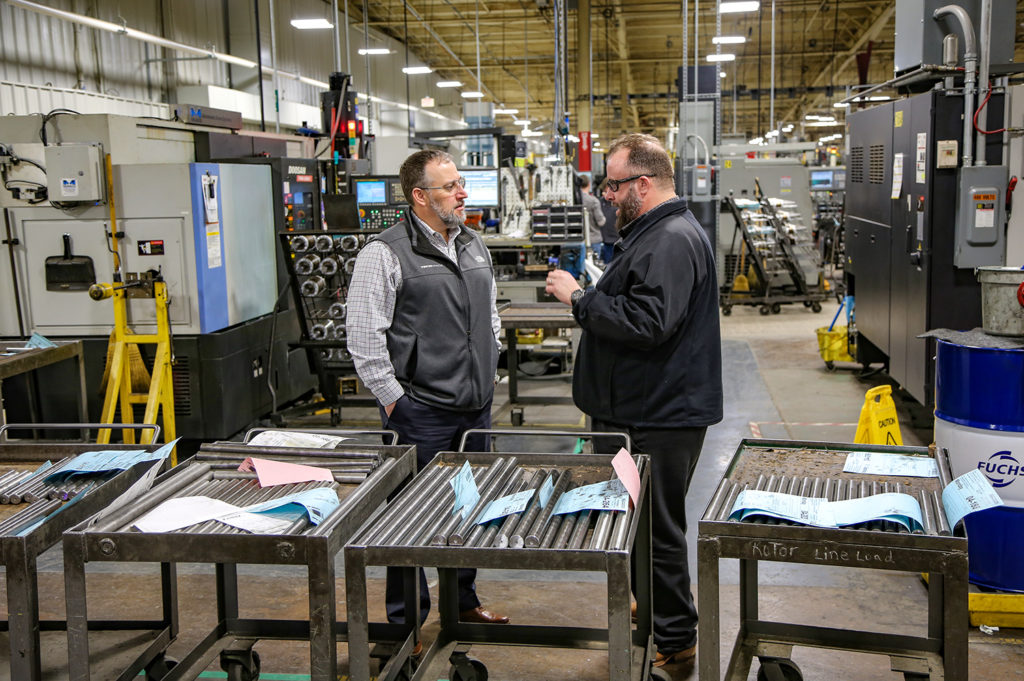 According to TechMach Owner, Rick Boedeker, the transition was not as clear-cut as it initially sounds. “When we first started selling to ABB (then known as Baldor

Electric Company) we had to prove ourselves. We would setup machines on our show floor in Fort Smith, run sample parts and conduct cycle time tests. Then the ABB

engineers would visit us and crawl all over the machine and ask us questions. We would go over all the features and benefits for them. When the machine was proven

out, then they cut the check.”

According to Dave Myers, ABB’s Principal Consulting Engineer, “When you compare them to the other big CNC manufacturers, Doosan has a far better cost-effective value than most people realize.

“Of course, the machines have to produce parts capably. We also considered payback, reliability and local service availability as part of our decision-making process.”

Dave thinks the decision to go Doosan was a good one. “If you don’t machine hard and fast, you don’t make money,” he stated. For example, switching one job to a Doosan horizontal machining center allowed ABB to increase cutting feedrates over 5 times, shaving a 7:00 minute cycle time down to 1:40.

ABB also appreciates the advantages of the BIG Plus spindle that comes standard on all Doosan machining centers. The dual contact spindle taper system offers maximum rigidity by eliminating pull-back of the tool holder into the spindle. Simultaneous flange and taper contact allows them to take the aggressive passes they need to make without sacrificing tool life.

The Doosans are incredibly reliable, but when needed, Dave finds that TechMach’s maintenance service in Arkansas is flawless. “Things are so smooth that issues don’t even escalate to my level, anymore,” he said. “If something is wrong, it’s taken care of. I don’t even have think about it.”

When ABB’s Asheville, NC plant needed a new HMC, they found the Japanese competition’s price way more than they wanted to pay. Dave told them Doosan was the way to go, but they held out due to brand loyalty. Rick flew there to help point out the advantages of making the switch. They bought an NHP6300 and it ran so well, 18 months later they ordered another one.

With over 700 CNCs in their operations, ABB has used a wide variety of competitive machines. Dave says he’s seen some good ones and bad ones. But as they wear down or become too much of a hassle to keep running, he knows Doosan and TechMach are standing by with consistent and predictable performers at excellent price points.